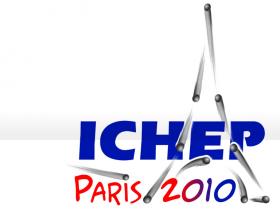 This conference is the focal point of all our field since more than fifty years and is the reference event where all important results in particle physics cosmology and astroparticles are presented and discussed. This alone sufficed to make this event very important. But in 2010, a coincidence of exceptional events made this conference even more attractive! What is then so special about ICHEP 2010 conference? It was the first ICHEP conference where physics results obtained at the LHC were presented! New results about the elusive Higgs boson, or signals of physics beyond the standard model were therefore expected at this conference! Major discoveries in other domains such as gravitational waves, neutrino telescopes, neutrino oscillations, dark matter or in the flavour sector were also possible, just to name a few.

In addition , 2010 is an important date to shape up the future of our field. Several major projects presented the status of their Conceptual or Engineering Design Reports during the conference. The International Linear Collider (ILC) Global Design Effort team presented the report corresponding to the end of their Technical Design Phase 1. The Compact Linear Collider (CLIC) also reported on its Conceptual Design Report. Other major projects such as Super B factories were also presented. These reports together with LHC physics results will form the basis for key political decisions needed to be taken in the years to come.

In summary, there can be no doubt that Paris was the place to be in summer 2010 for anyone interested in High Energy Physics and we made every effort to make your stay as interesting and enjoyable as possible.