LSST school workshop: Getting ready to do science with LSST data 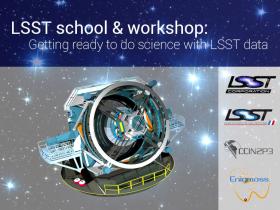 The workshop is intended for astronomers and scientists developing astronomical image processing algorithms and software, people in charge of the data processing and data management for large surveys, as well as computer scientists involved in these projects.

Participation of experts from the LSST Data Management and DESC science working groups, as well as from other large photometric surveys such as Euclid and DES is expected.

The hackathon will be organised around the use of the LSST science pipelines (a.k.a. the stack) and associated tools.